Rocío Palomeque is a social sciences researcher at the University of Lausanne. She will now tell us the story of Simone and Maxime and how divorce can disrupt workers career path and retirement options.
Divorce, especially in later life, affects pension and retirement income, and can lead workers to lose control over their retirement options. 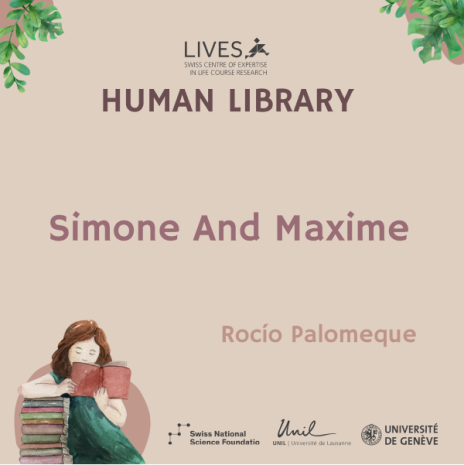 Simone is looking at her closet, thinking about what to wear. She decides for a smart white suite that will go well with the nice temperature of this summer day. After getting dressed, she chooses some gold earrings and the Cartier bracelet her husband got her for their last anniversary. She applies some makeup, and sights when she sees the wrinkles around her eyes. She’s sixty-eight, and while she still feels young and active, she can see the signs of ageing in her face. She looks at herself in the mirror and smiles, she’s still a very successful business woman, and she looks good and smart.

Simone is getting ready to go to work, to the same place where she has worked for the last twenty years. She’s a director in one of the two most important Swiss banks. She loves her job, she knows how to do it well, and she plans on continuing working until she feels like it. After all, she only started working when she was 45, and the kids were already grown up. Of course, she was not going to let other people raise her own kids, and her husband had a very good job, also in finance, that provided for all of them.

As a matter of fact, she didn’t have to worry about working, although it’s not like she did not study anything. She’s not a housewife, but she was, and she still is a dedicated mother. She would drop her job if any of her kids will call her and tell her that they need her. Actually, last year she told her boss that she was taking three weeks off to help her daughter when her grandson was born. Her boss complained, but she knows that the bank needs her, so she stood her ground. She knows that they don’t have many people like her, who at 68 speaks German, English, and French fluently, and who has an MBA from Harvard University. Her parents were Swiss ex-pats and she lived in Germany and The United States when she was younger. Now, Geneva suits her well. She plans to retire and continue living there. Many of her friends are moving to Portugal or Spain to retire but she could never be too far from Geneva, with its galleries, museums, and nice boutiques.

Of course, it’s not like she’s thinking about retirement, at least not now. She enjoys her job, and she still has time to enjoy life on the weekends. And her job gave her so many opportunities to discover the world, she remembers when she was sent for a year to London to open a new branch of the bank, and she and her husband would meet anywhere in the world, he would take a plane from Geneva and she would take one from London and they would meet for the weekend. It was exciting and it felt like they were lovers again.

She looks through the window and sees the blue sky. She’s not going to take the Mini Cooper to go to work today, with such a nice day she will take the bus and then walk to the bank.

She gets on the bus and says hello to the driver, Maxim. He’s usually pretty cheerful, but today he doesn’t seem so happy. Maxim looks at her, mumbles Bonjour madame, and looks ahead on the road. Maxim had a rough night, he barely slept. The divorce papers finally arrived, and he had to face the fact that he has actually lost his wife. All the years that he spend working as a bus driver, driving at night and sleeping in the morning, being so tired during the weekends to do anything with her and with the kids, have finally caught up with him. He sights, and feels that life has been unfair for him. He worked because he had to. At the beginning the didn’t want to work full time but then Cynthia got pregnant with the twins, and he needed to provide for his family. He didn’t want Cynthia to work, because the twins needed so much attention, and anyways the nursery was so expensive that any money Cynthia was making was just lost in the nursery fees. So they both decided that she was staying at home with the kids, it was not only his idea.

However, it’s true that she did not work for almost a decade, and she was feeling sad and isolated. And there’s the whole financial aspect… he couldn’t reduce his working hours because, even though they are living in France, the town next to the border with Switzerland is almost as expensive as Switzerland, and they needed a biger house once the twins arrived.

Of course, Cynthia is asking for half his pension. And he knows she’s right, all the time that she was taking care of the twins, he was working, but he didn’t think that they were going to divorce. It's true that they had problems, but any marriage has them, right? They loved each other, the times when the twins were young were though, but they were so rewarding. He wishes he would have spent more time with them when they were young, but he had the worse bus lines at the time, he was always working at night and then he had insomnia, and some digestive problems for eating always at different times. And he always had back pain, so it was hard to get the kids to the park, or to do any activities with them on the weekends. But that does not mean he didn’t love them, or her. He absolutely loved his family.

He sights, and looks at the road. Now that he needs to share his pension with Cynthia, he would never be able to retire at 60, as he was hoping. He calculates that he will need to work at least until 67. That is, if he manages to stay in employment. Last month, when he went to the doctor, she told him his cholesterol is a bit high, which is not accepted in the company. He’s not going to disclose that information to his line manager, of course, but he’s worried they will find out somehow. He looks in front of him, to the busy streets of Geneva. He sees Simone get off the bus and walk to the bank. He was not as nice as usual with her, but today is really not a good day. The streetlight turns green, and he drives.

Divorce, especially in later life, affects pension and retirement income, and can lead workers to lose control over their retirement options.